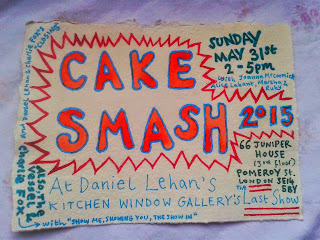 You are invited to the opening of Daniel Lehan's The Last Show at The Kitchen Window Gallery, where I will be performing Cake Smash for the first time this year. 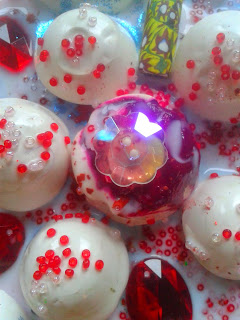 During the past year gallery shows have included an exhibition celebrating the work of Robbie Burns with visual poems and performances by 16 poets, story telling performances, a show which converted the kitchen into a giant camera obscure, and an international  group show.

THE LAST SHOW will feature performances of - Cake Smash - with Joanna McCormick, Alice Labant, Martha and Ruby, the World Premiere of - Show Me, Showing You, The Show In -
a musical and text performance celebrating The Kitchen Window Gallery devised by Charlie Fox and Mikey Georgeson, and - CLOSING - text improvisations with Charlie Fox, Daniel Lehan and audience.

THE LAST SHOW will continue until 26 June and is viewable 24 / 7 from the balcony running outside the gallery further details of this, and previous shows at ~

And here are some pictures from "Moontime Wolverine & The Host Ghost". A collaboration with artist Sarah Sparkes.

It took place at the opening of The Fall of the Rebel Angels, curated by artist Vanya Balogh, in Venice, for the 56th Venice Biennale. 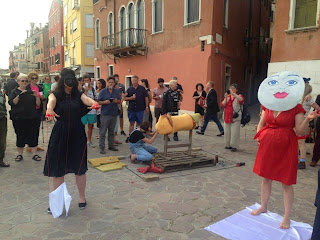 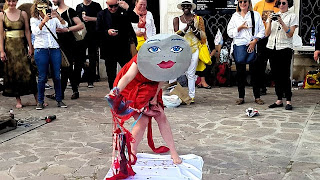 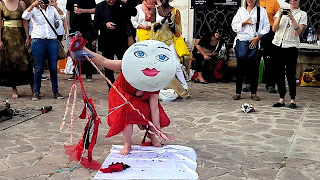 See you Sunday! - with love and best wishes - Joanna
Posted by Joanna McCormick at 02:23 No comments:

Here are some photos of the artwork that I created as part of my Westminster Arts residency at The Butterworth Centre, back in 2011.
Over the course of the residency, which lasted for six months, I developed a strong creative relationship with residents, and worked on several  artworks that were placed throughout the home.
These were wall mounted collage pieces, made from original drawings and paintings and repeated copies, produced in collaboration with residents.
The drawings and copies were laminated and the collage created directly onto the walls. The resulting artworks were a permanent resource for residents, carers and relatives to enjoy.
The photographs below were taken by artist Hester Jones. 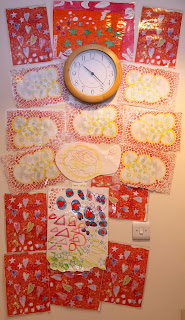 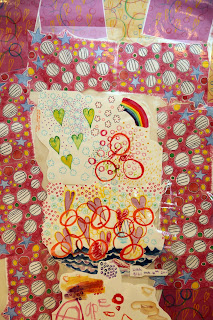 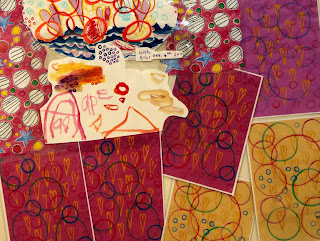 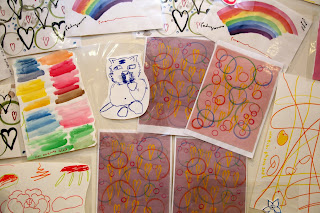 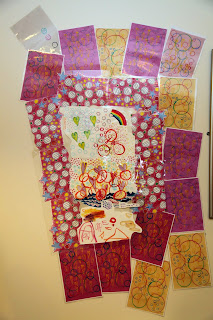 Best wishes - Joanna
Posted by Joanna McCormick at 16:10 No comments:

I am very pleased and excited to be taking part in the 56th Venice Biennale this year, with 111 artists at The Fall of The Rebel Angels. I will be exhibiting some paintings "MoonShrine, Erzulie" and on Friday May 8th I will deliver the live art piece  "Moontime Wolverine & The Host Ghost", a collaboration with artist Sarah Sparkes. The Fall of The Rebel Angels is curated by artist Vanya Balogh. More information can be found here:
​http://m.huffpost.com/uk/entry/7106894

And here are some pictures from "sLight", a live art piece that took place at Vanya Balogh's Chinese Open 15, back in January. With Martha, Ruby, Damian Cosamos and Alice Labant: 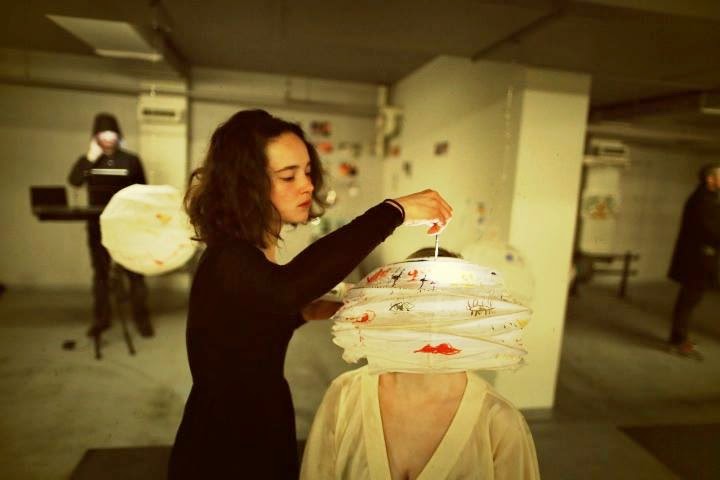 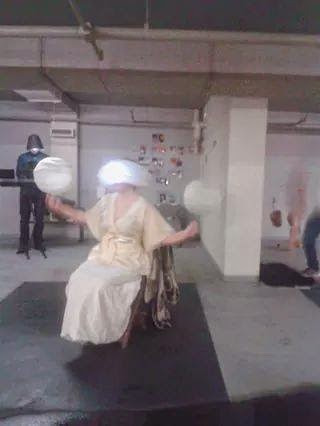 And in March I was invited to perform with Alice Renouf, Ruby, Martha, Amelie and Elliot. We adapted "Moontime" for Jude Cowan Montague's haunting, dreamlike  and beautiful installation "Yoshka and Dreen" at Hart's Lane Studios: 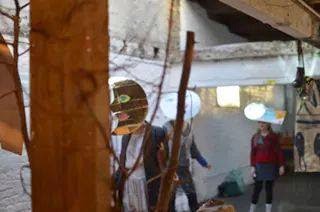 ​
On May 31st I will be performing "Cake Smash" at Daniel Lehan's Kitchen Window Gallery:

I hope you can join me then. More information to follow soon....

Posted by Joanna McCormick at 14:06 No comments: